The mystery was grounded by it’s petulance, a force that always held flight in the imagination of fools. In-flight entertainment that surpassed the headset, anywhere could be travelled, anything could be discovered and in this, yourself could be lost. Freedom that had no cost, but cost us everything we held dear. The faster the heart beats, the harder it falls, it’s only safety net diminished from the minds eye, and in that one moment fear was captured and scattered amongst the clouds. 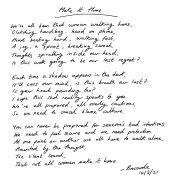 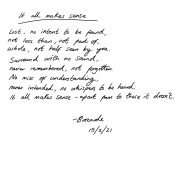 It All Makes Sense 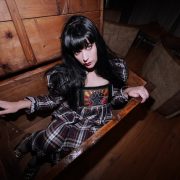